Creating a Culture of Innovation | Monitor

Many equate innovation with technology, but the true source of meaningful change is a company’s culture. Monitor sits down with innovators from this year’s list who share how to build a culture of innovation. By creating an environment where diversity of thought is required, experimentation is encouraged, success is celebrated and failure is acknowledged, a company can challenge group think and embrace consistent improvement.

Company culture — the shared values, goals, attitudes and practices of an organization — is the bedrock of innovation. But where does a company’s culture originate?

“People say culture has got to come from the top,” Rafe Rosato, chief innovation officer for DLL Group, says. “But that’s not where it comes from. Culture comes from the bottom. Structure, rules, governance, funding, allocation, resources, priorities, all of those things come from the top.”

“Our employees make our culture every day, in the way they think, in the way they brainstorm with their coworkers,” Jackie Havel, vice president of human resources at Amur Equipment Finance, says. “The HR team can brainstorm about the culture and about what we’d like it to look like, but it’s the employees that drive it.”

Setting Up for Success

At the same time, Havel says leaders must prioritize innovation and let it flow down through the organization.

“You need to write things down,” Eric Starr, SVP of program operations and risk at Accord Financial, says. “Otherwise, people don’t know what you’re trying to do. Write them down, repeat them, share them and make it transparent so everybody knows how you’re thinking, where you’re going and what you’re doing.”

Starr suggests leaders determine not only the company’s core values but clearly state its vision, mission and objectives, which will naturally lead to identifying necessary goals and initiatives. “You start from the top down, and then you grow from the bottom up until you achieve,” Starr says.

Angela Armstrong, president of Prime Capital, took her team through business execution coaching with a group called Results, which helped her team reach an important conclusion: “It’s not the lack of ideas that prevents companies from moving forward in innovation, making change or growing or scaling. It’s the lack of disciplined, continuous execution,” Armstrong says.

The Prime Capital team already had a process of quarterly sprint objectives built by cross-sectional teams, but business execution coaching helped them move beyond day-to-day tasks into the realm of micro innovations. The team learned to identify one thing they wanted to change within 90 days and make it happen. 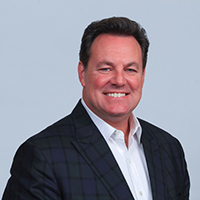 We don’t have everything right. We’re constantly iterating and asking, ‘How can we make it better?'"

“You’ve got to be willing to experiment, but more importantly than the experiment is, do you have a feedback loop that gives people that platform to say, ‘I liked it’ or ‘I didn’t like it?’” Rosato says.

DLL frequently sends engagement surveys to its staff and reaches out to its client base for feedback. Rosato says DLL not only asks its clients about how they performed yesterday but also asks for their opinion on initiatives that may be in the pipeline. The goal is to gauge how change will impact DLL’s staff and clients.

“We don’t have all the answers. When someone says, ‘Did you think about this?’ You have to be able to say to them, ‘No, we didn’t think about that, but thank you for that information,’” Rosato says, adding that acting on feedback is vital. “Many people ask for survey information and they don’t act on it, which is actually worse than not doing a survey.”

Havel says giving employees a voice in coming up with solutions to improve customer and employee experiences is also important. “Our managers do a great job of that,” Havel says. “They meet regularly with their team, they’re always asking what’s working right, what’s not working right and how can we fix it — constantly asking those questions. We try to keep our eyes and ears open to what people are saying — and sometimes what they’re not saying — so we can quickly pivot to meet their needs while still maintaining a productive environment.”

“Often the frontline group[s] have the best idea of where the most friction is in the business,” Armstrong says. “If you can start to peel that back, you free up capacity in the team to start to build the muscles for innovation. It’s a practice that you have to build, a cycle, a rhythm you have to find, before people can be comfortable moving into a bigger framework about innovation.”

Acknowledging and recognizing the small wins is one way to reinforce an innovative culture. When Amur Equipment Finance began online documentation, Havel says the company set up a large bell in the department. When a team member successfully completed some of the company’s first e-doc agreements, they got to ring it. Everyone in the company heard the bell and celebrated this success together.

Achieving a series of small successes helps a team become comfortable with change, Armstrong says. Engaging in the process of ongoing change also shows a team that failure isn’t necessarily a bad thing.

“People often are fearful of innovation because they don’t want to waste resources, or they don’t know which step to take first,” Armstrong says. “It’s complex and there are so many solutions out there. Where do you start?”

“A good intention may not always result in the perfect outcome for everybody,” Rosato says. “First, from a culture standpoint, take responsibility for that. Second, we’ve got to focus on learning, and learning comes from the willingness to inquire, have curiosity about the business and, more importantly, be transparent about it.”

Rosato says having transparency about what is happening throughout the company, including challenges, results in a greater level of comfort throughout the organization.

“We don’t have everything right,” Rosato says. “We’re constantly iterating and asking, ‘How can we make it better?’”

If you want to go far, get a group that thinks differently and be willing to allow them the space to challenge your way of thinking."

As companies embrace consistent improvement, they will inevitably evolve along the way.

“The Fourth Industrial Revolution suggests that the rate of change is increasing. AI is going to replace a lot of types of work we have now,” Starr says. “What do we do about it?”

Many traditional functions within an equipment finance company will be automated, but Starr says this will be a gradual process. “It doesn’t happen overnight,” he says. “What does that mean to the employee base of a finance company? It’s going to change.”

Starr says it’s easier for an employer to retrain existing employees than replace them. “Is everybody going to be able to be retrained? I don’t know. But it’s certainly, the place that you start with is retraining,” Starr says.

Havel says Amur already encourages employees to move between departments and gives them the autonomy to try new things that will enable them to expand on their personal and professional growth. “We’ve seen that several times throughout this past year, where we had employees move from one department to another and they just added additional resources to that department just from what they had learned in the other department,” Havel says.

Staff of the Future

“The world will become less about who you know and more about how well that particular individual fits within the context of their role and the vision of the business,” Starr says.

And although technology is becoming embedded in finance, Starr does not believe the jobs of the future will require more of a technical background.

“What you’re going to need are curious and capable people,” Starr says. “Learning how to learn is important.”

Diversity of Thought is Required

Armstrong, Rosato and Starr agree that diversity is an essential component of innovation.

“I like to think about big tent diversity,” Armstrong says. “What kind of people do I have on the team? What’s their thinking style? Do I have a matrix of people’s skills, their talents, their capabilities, their competencies, their inclinations? The more diverse the team I have internally working on these projects, the more representative they can be of that broader context.”

“Diversity is the first place to start and diversity along a number of different spectrums,” Rosato says. “Diversity brings different lines of thought, and when you have different viewpoints looking at the same problem, you’re going to get better answers to the problem.”

“If you have no age diversity, how can you possibly know what a new generation of business owners is going to want?” Armstrong says. “If you have never made an intentional cross-sectional group in your organization that allows you to get that input, then you probably feel you’re doing a really good job, but you have the blinders on of your own bias.”

Rosato points out that equipment finance has been successful over the last 30 to 40 years, which has driven group think. “One of the most exciting dialogues that I have with my team is with our new people who just started in June of 2020. None of them have financial services backgrounds,” Rosato says. “The perspectives they provide are really surprising. If you want to go far, get a group that thinks differently and be willing to allow them the space to challenge your way of thinking.”

“Diversity of thought, which is largely driven by gender, race, culture, economic and educational backgrounds, that will be the framework by which organizations develop, not just equipment finance, or finance in general, but I think that’ll play out across all industries,” Starr says. “Our businesses are going to operate like mosaics.

“Each person is a little tile. They’re not the same color, not necessarily the same shape, but when they come together, that’s the picture of the business that you’re trying to develop. Each mosaic, each tile, each piece, each person matters, uniquely matters. So, you need to have the right people in place. Otherwise, the big picture doesn’t come out right. Having the diversity of thought, putting the right people in the right roles is going to be essential for the success of businesses of the future.”

How to Disrupt Your Own Business | The Monitor

DLL US Named No. 1 in Monitor Top Vendor Ranking List

For the 12th consecutive year DLL maintained its rank as its leader with approximately $11.6 billion in vendor channel originations, up 5.8% from $10.9 billion reported in 2018.